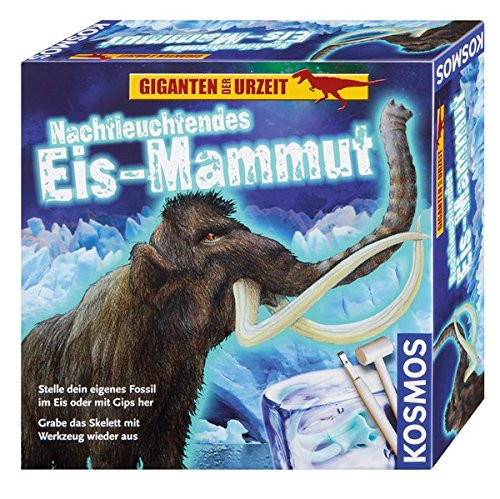 This product is currently not available.
Please inform me as soon as the product is available again.
€12.95 *
Content: 1 Piece

Description Kosmos reviews 25+ 0
Description
Prehistoric researchers have discovered much about the life of mammoths by examining their... more
Close menu

Prehistoric researchers have discovered much about the life of mammoths by examining their petrified bones or well-preserved bodies from the eternal ice. With this set, children make their own fossils by digging the mammoth bones into the plaster or freezing the skeleton with water to form an ice mammoth. Then they can dig out the skeleton like primeval explorers, assemble it and have a lot of fun playing with the gruesome glowing mammoth in the dark.

Make your own fossil in the ice or with plaster

- and dig up the skeleton with tools! 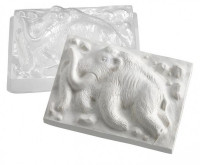 Dig in, dig out, assemble, play

(250+)
Schmidt Games Classic Line Tripple Domino
€11.95 *
Salus herbal blood Floradix with iron, 500ml (green/pharmacy...
Content as of each 0.5 l (€25.50 * / 1 l)
From €12.75 * more options available
Games from 6 years
Viewed
This website uses cookies, which are necessary for the technical operation of the website and are always set. Other cookies, which increase the usability of this website, serve for direct advertising or simplify interaction with other websites and social networks, will only be used with your consent. More information
Decline Accept all Configure