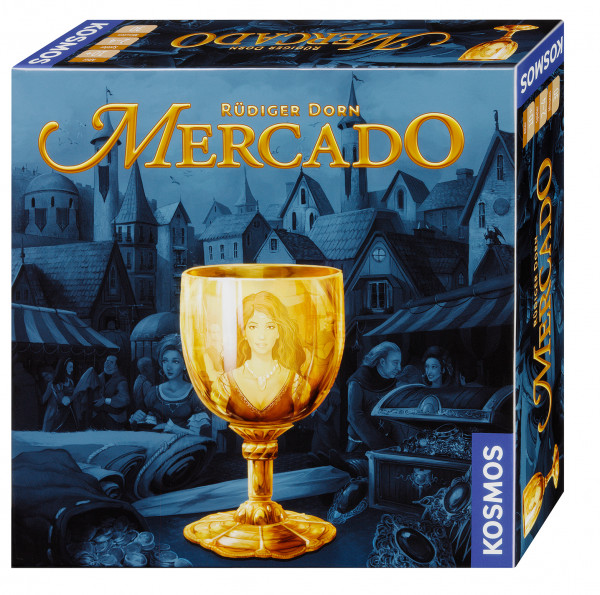 Sold 15 times in the last month
Description Kosmos Tips / Hints reviews 0 Downloads
Description
Spend an exciting evening with the family and organise a competition for recognition! May the... more
Close menu

Spend an exciting evening with the family and organise a competition for recognition! May the best one win!

A game of chance where the coins determine the fate!

Each player owns a richly filled bag of different coins and the market day of the beautiful things is coming up.

The aim is to increase the fame, but be careful, as the bag also contains counterfeit money.

Today is finally the market day and the competition is also looking for elegant and noble goods and a competition for the favour of the merchants is already breaking out.

A golden trophy, an elegant letter opener, a beautiful watch... ...must be paid for by the appropriate coins from their own purse. Whoever can provide the required money first receives the coveted goods.

There is also the possibility to invest in bottles with beguiling scents, in order to nebulize the player and to achieve special advantages. Each product promotes the buyer on the validity bar according to its value.

Move tactically and purposefully, without always investing in valuable items, so that your opponents are confused!

The only goal is to prove your value!

Born in 1969, lives with his wife and three children in southern Germany. The graduate business teacher has already developed numerous games for children, families and adults, including the connoisseur game of the year "Istanbul" and the titles "Las Vegas" and "Karuba" nominated for the game of the year. With his exciting pouch game "Mercado" he is once again represented by Kosmos Verlag after many games.

Herstellerkontakt Title
Look out! Colour and content are subject to change. Keep the packaging and... mehr
Menü schließen