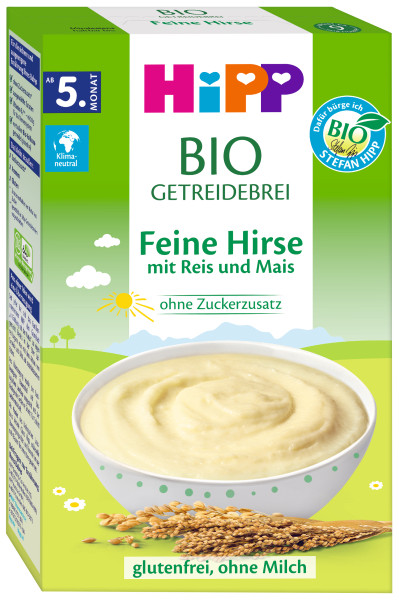 Fine cereal porridge: also suitable for hypoallergens, as without milk

HiPP organic cereal porridges contain valuable, tender organic cereal flakes. They are without added sugar and are particularly suitable if you want to prepare the porridge for your baby yourself. HiPP Organic Cereal Porridge Fine Millet, for the safe and balanced nutrition of your baby. In the cereal guide, which you can find on our tab "Notes / Tips", you can discover which cereals are particularly valuable for your offspring.

*required by law in baby cereals 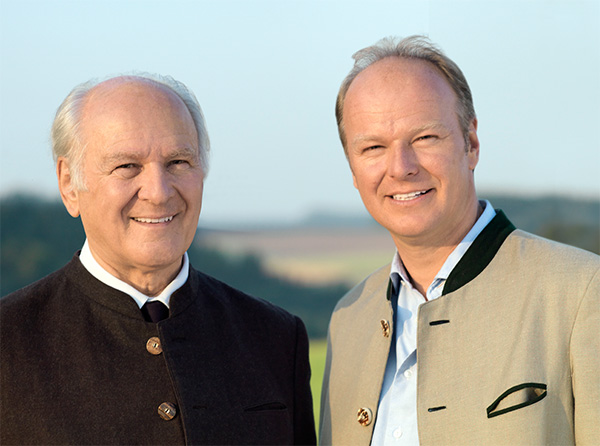 Preparation as porridge with HA food

put 100 ml whole milk + 100 ml water** in a saucepan and bring to the boil. Allow to cool to about 50°C³ . place 3-4 tablespoons (22 g) HiPP Millet Porridge in a plate. Add the cooled liquid and stir. Stir in one teaspoon of HiPP Organic Rapeseed Oil. Allow to swell until desired texture is reached. Check temperature.

³ For optimal solubility: do not prepare porridge with water that is too hot
** The addition of water is necessary to reduce the protein content of the cow's milk in a way that is suitable for children

Herstellerkontakt Title
Grain varieties at a glance Corn (gluten-free) What is corn and where does it come from?... mehr
Menü schließen

(500+)
Hipp HA1 Combiotik Hypoallergenic starting milk from birth, 600g
Content 0.6 kg (€23.75 * / 1 kg)
€14.25 *
Products by Hipp
cereal porridge
milk porridge
Evening porridge and milk
Viewed
This website uses cookies, which are necessary for the technical operation of the website and are always set. Other cookies, which increase the usability of this website, serve for direct advertising or simplify interaction with other websites and social networks, will only be used with your consent. More information
Decline Accept all Configure